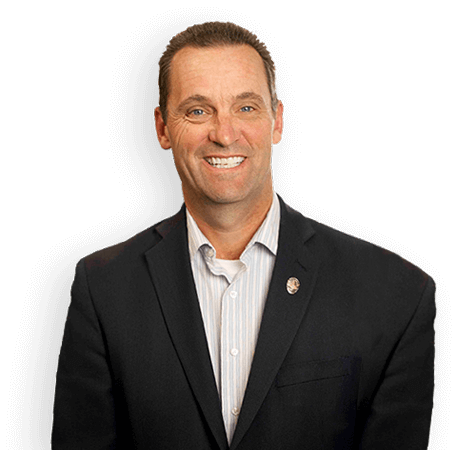 ABOUT STEVE
25 FOR THE 25th
ENDORSEMENTS
VOLUNTEER
DONATE TODAY

A respected and distinguished member of his community and the nation he serves, Steve Knight has dedicated over three decades to public service.

As a U.S. Army veteran, 18-year veteran with the LAPD, and proven leader on the local, statewide and national level, Steve has helped to keep families and neighborhoods safe, increase job opportunities for all residents and protect the rights and principles cherished by those for which he provides a voice.

A native of Southern California, Knight enlisted in the Army shortly after graduating High School – training at Fort Knox and being stationed in Friedberg, Germany. After completing his service in the Army, Knight was compelled to continue a career in uniform, joining the Los Angeles Police Department and working as an officer for nearly two decades.

In 2005, Steve Knight was presented with a different kind of opportunity to serve the region when he became a member of the Palmdale City Council. As the son of an Air Force Colonel and State Senator, Knight used his personal experience and passion for the community to make an immediate impact on the council and was heralded for his willingness to stand up for taxpayers as well as his ability to craft policies that both created and retained quality jobs.

As a member of the State Assembly and Senate, Steve focused his efforts on reducing the tax burden on California families and businesses, and restoring the state’s economic vitality during the Great Recession. Knight authored a number of bills that sought to improve the lives of Californians, by rewarding small businesses with incentives for hiring local workers, streamlining property tax exemptions for disabled veterans and providing tax credits for new California-based aerospace projects.

As a Congressman, Knight quickly became known as a fierce advocate for fiscal responsibility, job creation and public safety in our nation’s Capitol. In his first year in Congress, Knight authored H.R. 1390—the Small Business Joint Venturing Act—which was signed into law by President Obama in late 2015. H.R. 1390 gave small businesses, which employ around half of our nation’s workers, a better chance to compete for federal contracts. In addition to his work supporting the small business community, Knight was a strong advocate of federal drought relief for California and was at the forefront of working to increase the number and presence of aerospace companies within the Antelope Valley.

Knight represented the 25th Congressional District from 2015-2018, which includes the Antelope, Santa Clarita and Simi Valleys. He was Vice-Chair of the Subcommittee on Energy and was a member on the House Armed Services, Small Business, and Science Space and Technology committees.

Steve Knight lives in Palmdale with his wife, Lily, and their two sons, Christopher and Michael.

Paid for by Steve Knight for Congress